This bay is saltier than the Gulf, because few streams empty into it. The prehistoric shell middens around it, on the peninsula, the mainland, and even the islands, are mostly composed of conch and whelk shells as wells as other marine seafood remains. People were also eating a lot of sea turtles here. When the weather gets cold, turtles try to swim south but are caught in the enclosed bay. They get cold-stunned, floating dazed in the water, and would have been easy prey for natives to grab. Native peoples inhabited the bayshores from the Early Woodland period through Fort Walton and historic Native American times. A couple Middle Woodland burial mounds around the bay have been looted and destroyed. 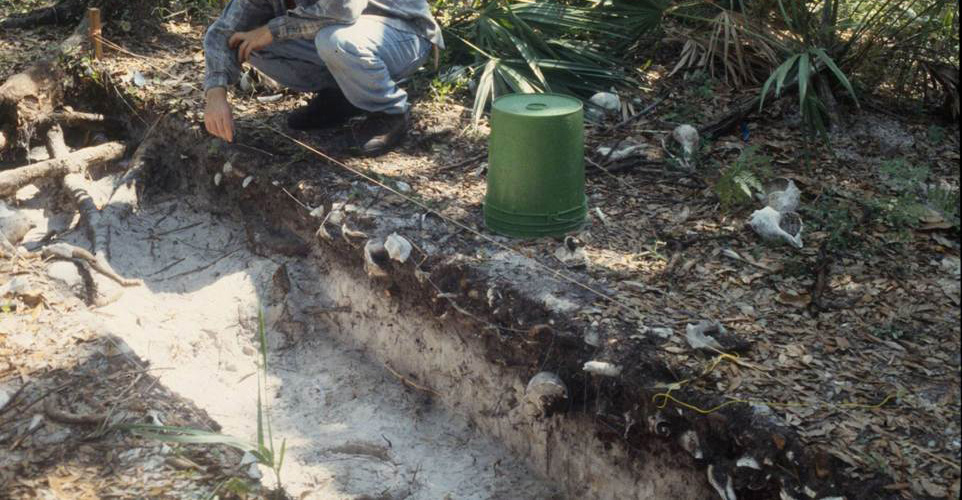 Historic sites are also found on St. Joe Bay. The tip of the peninsula had a Spanish fort, begun in 1701 and abandoned, but then rebuilt and inhabited from 1719-21. Spanish pottery, fancy objects and many other artifacts from Ft. San Jose testify to the thriving community of soldiers, craftspeople and others (Saccente and White 2015). The short-lived historic town of old St. Joseph was established in 1836 to compete with the town of Apalachicola in the cotton trade and other commercial enterprises. It lasted until 1841 when it was destroyed by the combined effects of yellow fever and a deadly hurricane; but it has left much material evidence of the boom-town, such as fancy wine bottles and crockery.