During the Archaic period, people changed as they faced global warming (yes, it has happened before!). Most of the large game animals became extinct with the end of the Ice Age. The climate grew warmer and sea levels rose. Archaeological evidence indicates that people were still hunting, but there is more indication of fishing, shellfish collection, and use of plants. Along with the change in subsistence patterns we see new tools being developed to obtain these resources. Projectile points (still not arrowheads, but spear points) were now notched and stemmed in many varieties. By the Late Archaic, people were using stone bowls and also the earliest pottery. The big picture is that people adapted to the changing environments by exploiting new resources and developing new skills and lifeways. 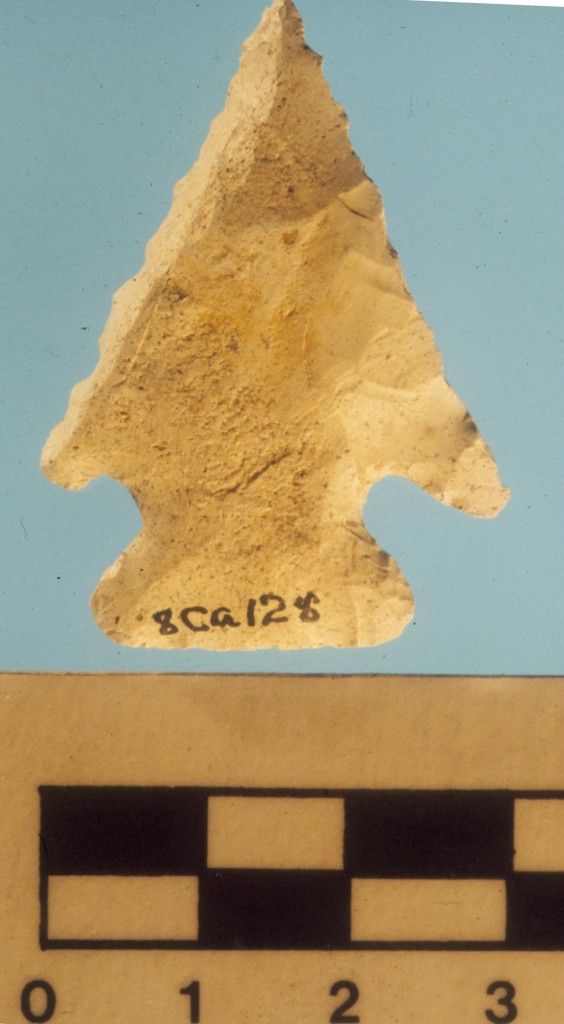 The classic Early Archaic projectile point in the valley region is the Bolen, either Plain or Beveled varieties, with characteristic notches on the sides or corners. Many of the other tools are unifacially worked (chipped on one side only). They often are of very weathered creamy white chert. Bolen Points have been dated to over 9,000 years before the present at sites in the Aucilla valley to the east. Spears were propelled with spear-throwers (often called atlatls, an Aztec word). These were long hooks that increased the force of the throw. Atlatls were often made with ends or weights of antler or carved stone. Atlatl weights are sometimes called banner stones, and they may have served two functions, both giving greater force to the throw of the spear and showing off some status of the person using the atlatl.

While we have very little information on the Early Archaic, fieldwork near Ocheesee Pond in 2010 produced evidence of a hilltop settlement along streams and sinks, undoubtedly to take advantage of good hunting and fishing (then, as now!). Elsewhere in Florida, we know people were deliberately burying their dead in ponds at this time. The famous Windover site in east peninsular Florida is a pond that had hundreds of burials with wooden artifacts and even woven mats preserved. Native Americans at this time had sophisticated craft technologies and probably (like most hunter-gatherer-fishers) only had to work a few days a week to make a living.

This time period is less clearly defined in the Apalachicola Valley area so far. Diagnostic points appear to be those with big blades and very short wide stems. Interestingly, the kinds of sites that produce Early Archaic points seem also to have Middle Archaic occupations. Aboriginal peoples continued to harvest the available wild resources in the rich forests and streams using newer styles of points and possibly other artifacts. One interesting debate that runs throughout archaeology is whether a certain attribute of an artifact (or the whole artifact) was intended for some functional, utilitarian purpose or was simply a matter of style. Did new point types mean people were doing things in different ways? Collecting new resources? Another fascinating research question concerns the oldest mounds. In the eastern U.S., we know now that people were deliberately building mounds in places like northeast Louisiana by the Middle and Late Archaic. It is unclear what purpose mounds served – possibly to elevate campsites in low wetlands, but also possibly for some status. Nancy White’s chapter in the book Signs of Power discusses these issues. 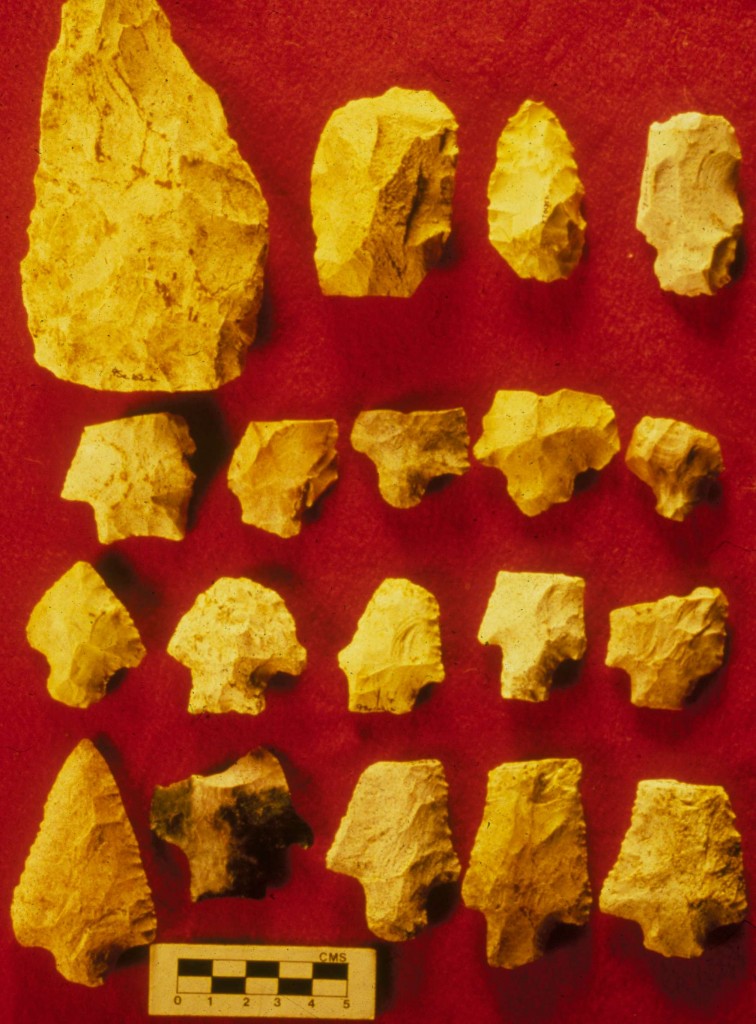 Middle Archaic points and other tools from the upper Apalachicola

Many changes become evident in the archaeological record of the Late Archaic. Indigenous groups settled in larger, more permanent habitation sites and began to exploit more resources in smaller territories.The population of the valley was growing. The rising sea level backed up the river mouth (and apparently helped the river move eastward over time) and created wide estuaries.

In the lower reaches of the Apalachicola River Valley and on the barrier islands, large shell middens (garbage piles) attest to the importance of shellfish and fish in the diet (such shell middens may exist from earlier time periods, but they are underwater out in the gulf now). These shell middens may be along stream channels and be dominated by shells of marsh clams, or on bayshores, consisting of mostly oyster. Around St. Joseph Bay, which is saltier than the Gulf, they are characterized by large whelk and conch shells that would have been easy to obtain there.

Both inland and on the coast, people were making stone bowls at this time. Most were of soapstone (steatite), a soft material you can carve with a wooden blade. Soapstone had to be imported from the north Georgia mountains, probably easily brought downriver in dugout canoes. A few stone bowls were of sandstone, which is harder to work. Another important artifact diagnostic of the Late Archaic is the earliest pottery. This was rather ugly stuff, made of clay mixed with Spanish moss fibers that acted as a tempering agent when the pot was fired. The vessels were hand-built (there was never a potter’s wheel anywhere in the New World [North and South America]), chunky and thick, with probably flat bottoms. 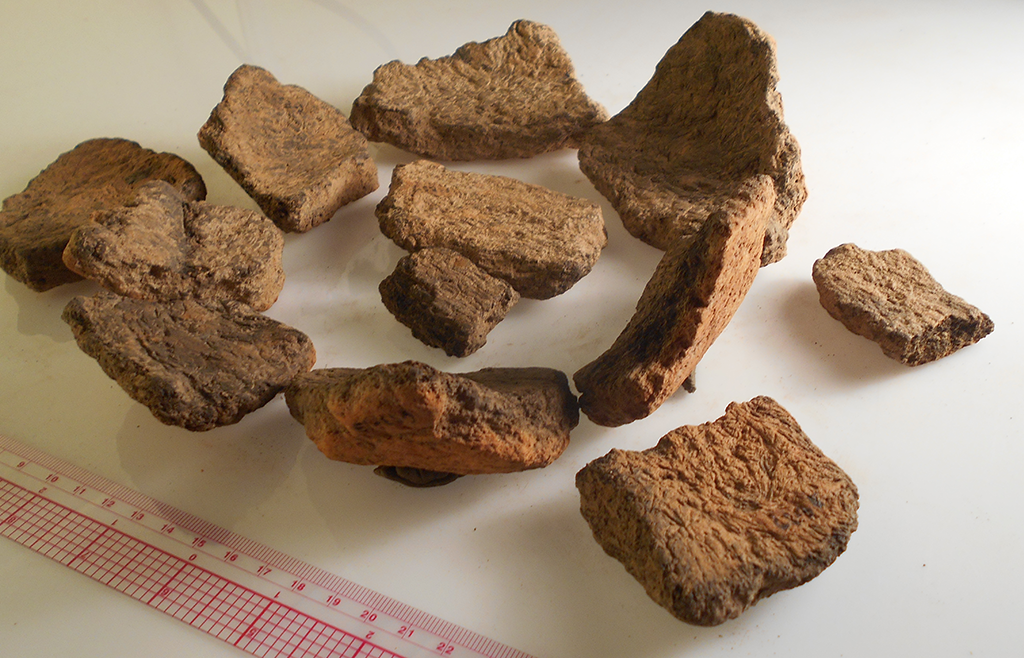 From some shell midden sites in the lower valley estuaries we excavated sherds of fiber-tempered pottery that could be dated. Radiocarbon dating requires something that was once alive (since our planet has carbon-based life forms) like charcoal or bone. You can’t do radiocarbon dating on a stone, nor usually on anything made of clay. But the Spanish moss fibers embedded in some sherds were somehow not burned away during firing of the pot, and were preserved by the surrounding clay. The technique known as accelerator mass spectrometry (AMS) radiocarbon dating, for which you need only a very tiny sample, was used to date this fiber. These dates show ceramics being produced in this valley as early as 4,000 years ago. Late Archaic fiber-tempered pottery has also been AMS dated using the burned organic temper extracted from pulverized sherds. In this case, the sherds came from a Late Archaic-through-Woodland-aged site, 8JA1869 (McKinnie site), from the upper Apalachicola Valley, just below the confluence and Florida/Georgia Border (Prendergast 2015). Based on this test, the fiber-tempered pottery from the McKinnie site (8JA1869) was probably made about 3000 years ago. Sometimes the fiber-tempered pots had parallel lines stamped into the surface, though most are plain. 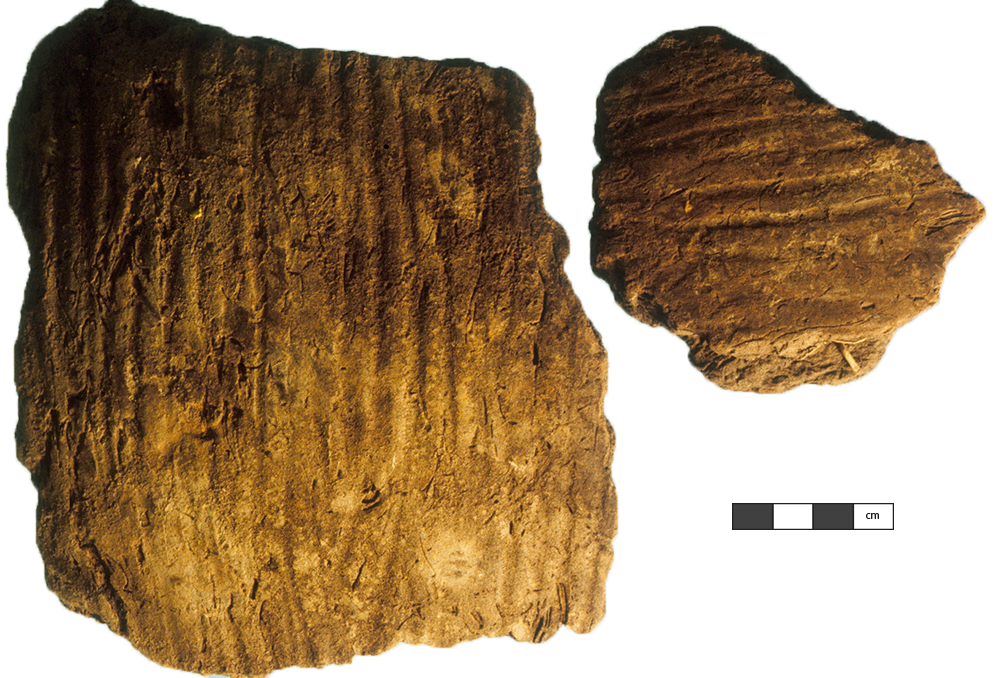 Details on the Late Archaic in this valley can be found in an article in The Florida Anthropologist. Either earlier than or contemporaneous with the fiber-tempered pottery, people were making clay objects of rounded or melon shapes, sometimes with grooves made by fingers. These are common in the Poverty Point culture of Louisiana and elsewhere along the Gulf Coast. The suggestion is that related peoples were adapted the coastal environments and shared much of their material culture. The clay objects were probably laid over the fire to heat up, for boiling, or for grilling meat or fish. Other artifacts from the Late Archaic include cut fish bones and pins and points made of mammal bone, including at least one pin engraved with a design. In addition we have found a large number of chert microtools, little drills and chisels of chipped chert that were probably for working wood. Most of the everyday artifacts may have been made from wood. It is plentiful, easier to work, and if you are living in wetland environments, wood is advantageous if you happened to drop things out of the canoe! 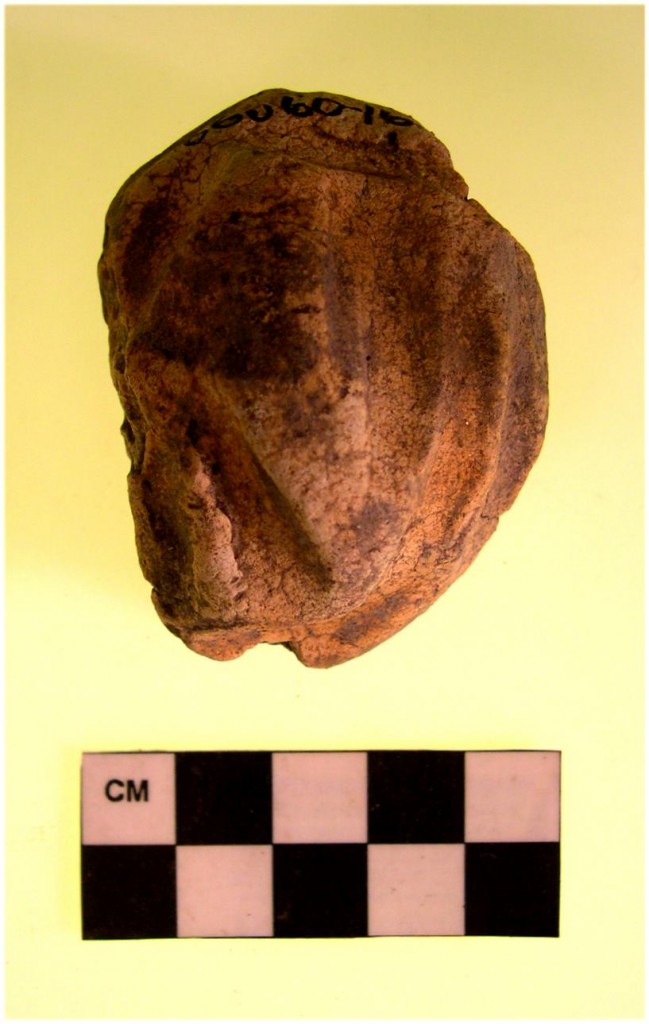 To recover information from deeply buried Archaic sites along the lower Apalachicola River sometimes requires extreme measures. The sites are so old that the cultural deposits are near or below the water table. During excavation of test units, water seeps in and can hinder documenting and recovering information. Conducting archaeological investigations at the Sam’s Cutoff shell midden in the Franklin County river swamp proved particularly difficult. A grant from the Department of State allowed us to rent a dewatering pump and set well points to pump out the water (like sticking straws into your float to suck out the soda pop below the ice cream). Getting the huge pump into the wetlands was made possible by a U.S. Coast Guard helicopter that airlifted it in! You can read about this project in this article in this article on Testing Partially Submerged Shell Middens. 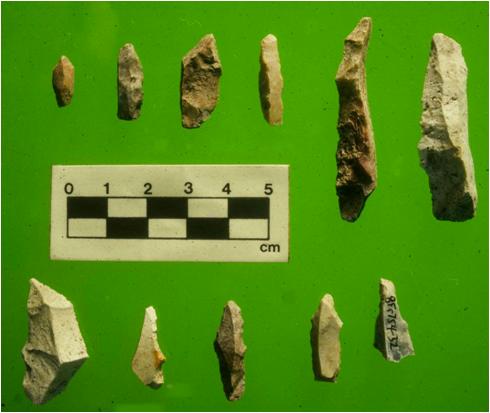 Earlier archaeologists in the Southeast have tended to have a gap in their Late Archaic research where northwest Florida is concerned. We are now trying to fill in those gaps. Late Archaic sites span the whole river valley, from as far south as the barrier islands up into southern Georgia and Alabama. We also benefit from the knowledge of avocational archaeologists. For example, one collector has recovered a jasper disc bead from a Late Archaic midden on a barrier island. These are found during the Late Archaic in Louisiana, as part of the extensive Poverty Point exchange network. This is the farthest east along the Gulf Coast that Poverty Point lapidary artifacts have occurred. So clearly northwest Florida natives were connected with other groups in a vast network spanning much of the Southeast. Another research issue concerns the social complexity of Archaic societies. Were they still egalitarian or were leaders emerging who were beginning to establish hereditary positions of higher status? 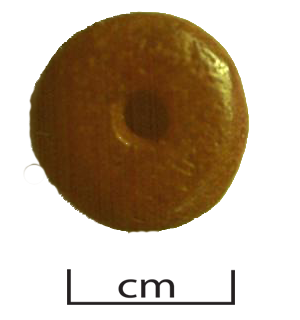 The next broad period of prehistory you can continue reading about is called the Woodland.