The Apalachicola valley is rich not only in prehistoric resources, but also in historic sites left by many Native American, European, Euro-American, and African-American peoples.

The Spanish conquistadores came to Florida trying to find treasure in the New World. Ponce de Leon made it to the east coast in 1513, and he and others may have circled around to the Gulf and visited many places not known from the historic records. The first Spanish to arrive even close to the Apalachicola valley were led by Panfilo de Narváez in 1528. This expedition made it to Tallahassee, where they brutalized the Apalachee Indians, and apparently explored around from there a while. They went to the coast and stayed 6 weeks building boats and eating their horses to avoid starvation. This location on the coast, known as the Bay of Horses, was probably at St. Marks, and not very close to the valley. But when they finally sailed off in their boats they did hug the coast and apparently not get to open water until clearing Indian Pass (they stopped to steal from some Indians, probably on St. Vincent Island, then continued on much later in Texas).

The next documented explorer, Hernando De Soto in 1539, took his expedition north from Tallahassee, and no other outsiders are recorded as being specifically in the valley until the Apalachicoli Indians (whose province was west of the Apalachee) asked for the Spanish to set up missions there in 1674. So there are a couple centuries between the time Europeans invaded the landscape and the time we have actual records for the valley. By the late 1600s, the missions around Tallahassee had been established for at least 50 years, and trade with the Europeans was apparently going strong. Such trade might be indicated by the few glass beads and Spanish iron spike recovered at the Thick Greenbriar site, on the riverbank in the upper Apalachicola. Here the typical Fort Walton ceramics showed a prehistoric occupation in the 1300s, then another Fort Walton component with these European items mixed in. There are only a few other sites with this combination of indigenous materials and imported artifacts, and they may indicate the last remnants of the original natives of the valley, whose names we do not know, as they struggled against extinction. For even if no actual Spaniards walked in, the European germs they brought were enough to cause extensive decimation of the Indians, who had no natural defenses against Old World diseases.

The locations of any missions that the Spanish set up on the Apalachicola/lower Chattahoochee remain unknown. One was probably underneath what is today the ACI prison on the west bank just above the forks, or it may have been just below the forks. Wherever the missions were, they did not last long, nor did the native people. Then in 1704, when the British-Creek invasion destroyed all the Spanish missions, many groups were fleeing all over the place. Some Florida Indians went to Cuba, some apparently took refuge with their Creek relatives (despite the conflict), and others fled ever westward, settling in Pensacola, Mobile, continuing westward to Louisiana to avoid British rule. The identities of these native groups became lost (except for a group of Apalachee from San Luis mission who today reside on the Red River in Louisiana). But one such group is probably represented by the Lamar sites in the valley, which are few and clustered in just a few locations: at the forks, at Yon site in the middle valley, and on the barrier islands (which would have been way-stations on the trek westward around the Gulf). 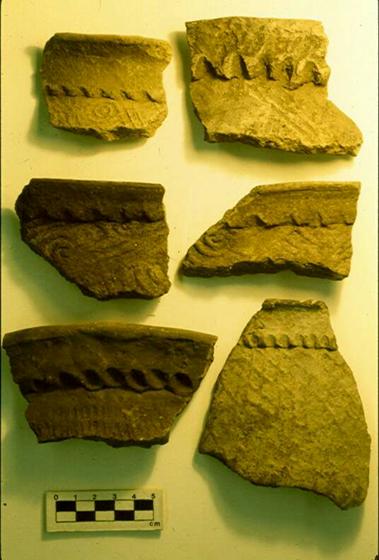 Indians from the north moved downriver to inhabit the land made empty by the flight and extinction of the original natives. The Creeks who came from Georgia and Alabama to live in northwest Florida eventually became called Seminoles. The term is said to derive from the Spanish word “cimarron,” meaning wild folks, unruly, runaways. The absence of the “r” sound in the Muskogean (Creek) languages apparently led to the pronunciation as “Seminole.” We do not know when the first Creeks arrived, though we can trace their settlement patterns through the distinctive Chattahoochee Brushed pottery they left. They evolved into Seminoles as differences developed under Spanish domination, as opposed to the British systems in Georgia. Africans escaping slavery also ran into Spanish Florida and joined many of the Creek groups, to become part of the Seminoles. Neal’s Landing, a Corps of Engineers park on the west bank of the Chattahoochee right at the Alabama border, is a site you can visit where we know the Creeks who were there. It was a village named Ekanachatte (Red Ground), settled before 1778 by Indians who came from Alabama and stayed at least several decades, amid all the hostility and intrigue among the British, Americans, and other Indian groups. 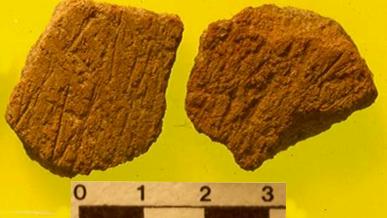 The First Seminole War 1817-1818 took place within this valley, with Andrew Jackson intruding into Spanish territory to fight Indians and gain control of northwest Florida. See link for an article about an underwater site linked to the First Seminole War: (Horrell et. al. 2009). In 1814, the British, still at war with the young United States, helped Seminole and other Indians and maroons (escaped African and African-American slaves) build a fort at Prospect Bluff, a former trading post on the lower Apalachicola, then in Spanish territory. The Americans called this the “Negro Fort” and sent a force to take it in 1816 during the First Seminole War. When U.S. gunboats fired at the fort, they hit the powder magazine, causing an explosion that destroyed it. Americans later rebuilt it during the Second Seminole War, renaming it Fort Gadsden.

By 1821 the land was formally part of the new American nation, and within the next two decades the Indians were removed, either forcibly or through various strategies, to Indian territory west of the Mississippi, except for those Seminole who fled eventually south to the Everglades and remained undefeated throughout the rest of the Indian wars. Other remnant peoples might have hidden out in the panhandle too, de-emphasizing their Indian heritage so people would not persecute them.

It is unknown how many Indian people might have remained, if any, to blend in with the new white settlers and their African slaves. But the recent history of the valley is fairly well known from American property records and other documents. In the lower Chattahoochee and upper Apalachicola cotton plantations and cattle ranches were important. Timber and turpentine industries dominated the forested areas of the whole valley and resulted in many pine plantations. In the lower valley river swamps honey production began in the later nineteenth century, and in the bays and Gulf, harvesting fish, shrimp, and oyster were even then important economic pursuits. Historic sawmills and turpentine camps and stills are fascinating archaeological sites that can tell us a lot about the working people whose history may not have been written.

One archaeological investigation helped define the role of this region in the Civil War. The project exemplifies not only the ever-changing landscape but also the changing interpretations of the past. On the ten-mile-long Chipola Cutoff Island, in the low wetlands infested with poison ivy and snakes, helpful local residents reported an “old Indian mound” and took us there, a walk of about a mile into the swamp. There were two mounds of sand, but testing produced no prehistoric cultural evidence. Over years of investigation we even brought in geologists to see if they were natural erosional remnants, but they were not natural. Only one explanation was left: some historic construction. We finally found an elderly local historian who confirmed that the mounds were historic. He said he had heard as a kid that they were Confederate gun mounds, but did not know why they were a mile away from the river. Research into Civil War documents then showed us in fact the river had flowed past these gun mounds, but once obstructions had been laid to thwart the Union troops, the river changed course. This left the mounds high and dry along what today appears as just a small creek. Once the war was over these mounds were forgotten, until we could write the story of the Mystery Mounds that were Civil War forts (mystery mounds; White et al. 1999).

See the video below to view a lecture by Nancy White about the investigations of mysterious mounds, once thought to have been prehistoric, which turned out to be related to a much more recent event… The video is courtesy of The Half Shell Channel and Apalachicola Maritime Museum.

Other historic sites in the valley include sunken watercraft that tell the story of transportation and commerce in the nineteenth century. For example, the Apalachicola Traders’ Canoe was an extraordinarily long dugout found in the river. Now it is on display at the Center for History, Culture, and Art in Apalachicola.  In Cape St. George, a shipwreck we investigated was probably transporting timber or some other cargo when it sank in the Gulf, and later portions of it ended up beached and buried in sand, only to be exposed for a short while and then to disappear.

Other examples of some interesting historic sites are the prehistoric shell mounds deep in the river swamp. At least two of them had a later use: the high clear ground made them ideal for beekeeping and honey production. The bees would be kept there during the brief season while the tupelo trees were in bloom. The Apalachicola River Valley has the largest stand of tupelos in the world. Tupelo honey is prized for its sweetness, pale color, and the fact that it never crystallizes. Evidence of old apiary activity is present in the bricks, metal, and other historic artifacts. Apparently at least one of these shell mound-apiaries was also a moonshine still deep in the swamp during the prohibition days of the early twentieth century. See (Hockersmith 2004) for more information on the history and archaeology of Tupelo honey.