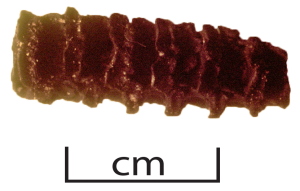 Long ago archaeologists defined a late prehistoric cultural adaptation widespread within the eastern U.S. called Mississippian. It is characterized by large villages with flat-topped pyramids called temple mounds, often with plazas in front of them, as well as certain pottery styles, abundant evidence for intensive maize agriculture, and high-status burials of individuals called chiefs (for lack of a better, less controversial term, since chief has acquired so many different meanings). Based on the archaeological evidence, as well as the writings of early Europeans (Spanish and French, especially) who witnessed these native societies, we can reconstruct what must have been some powerful chiefdoms in the Southeast. Important buildings housing chiefs and religious specialists sat on top the temple mounds, and common people engaged in farming, and also continued to gather wild foods, especially deer and fish. 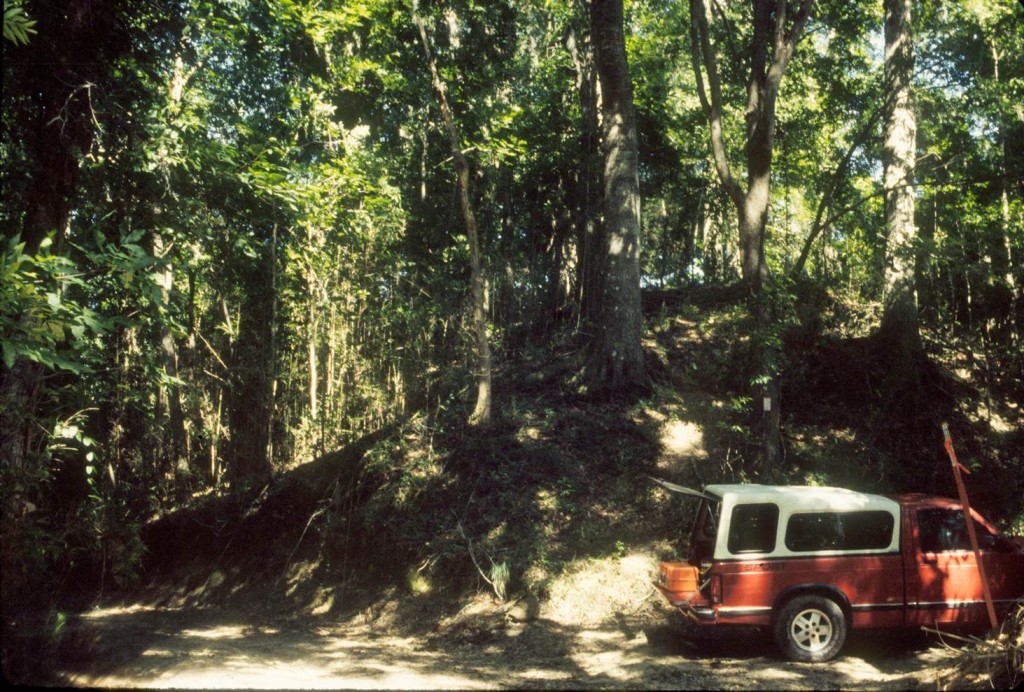 The Florida version of Mississippian is called the Fort Walton culture, and it is very distinctive within the South because the pottery is all tempered with grit (crushed rock) or sand or grog (crushed hardened or fired clay), instead of the crushed shell characteristic of most Mississippian cultures. It also has a distinctive form, the 6-pointed open bowl, that may have been for some kind of ceremonial serving of food. Other pottery is incised in running scroll and other patterns, sometimes with punctations filling in portions of the design. There are also jars with handles and protrusions on the rims called nodes or lugs. Interestingly, Fort Walton people did not make as many chipped-stone tools as did earlier and later natives; we do not yet know why. The latest research on Fort Walton is summarized in an article by Marrinan and White 2007, and in a  book chapter (White et. al 2012). 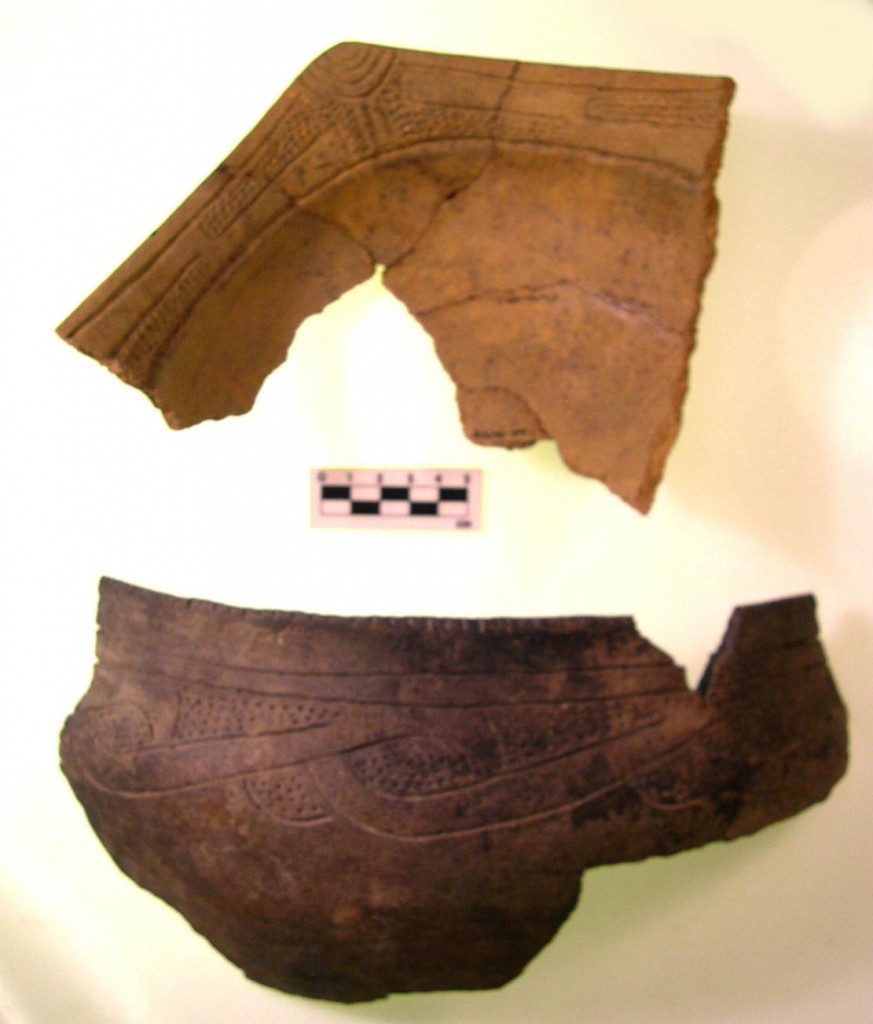 You can visit a couple Fort Walton sites in the valley. In the lower Chattahoochee, Omussee Creek mound (much damaged by looters and others) is at a Corps of Engineers park near Columbia, Alabama. The flat-topped temple mound at Chattahoochee Landing in Gadsden County, Florida, is right by the boat ramp. Across from Chattahoochee Landing, in Jackson County, is the Curlee site, which is now washed away by the river (after the dam was built) but at one time was a large Fort Walton village. It had evidence of a structure with a curved wall, charred maize cobs, and a cemetery with high-status grave goods such as greenstone celts (axes or adzes), fancy pottery, and artifacts of shell. 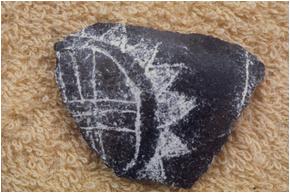 An M.A. thesis by Amber Yuellig describes a large collection of pottery from the Curlee site that someone saved for decades before donating it to USF for research. 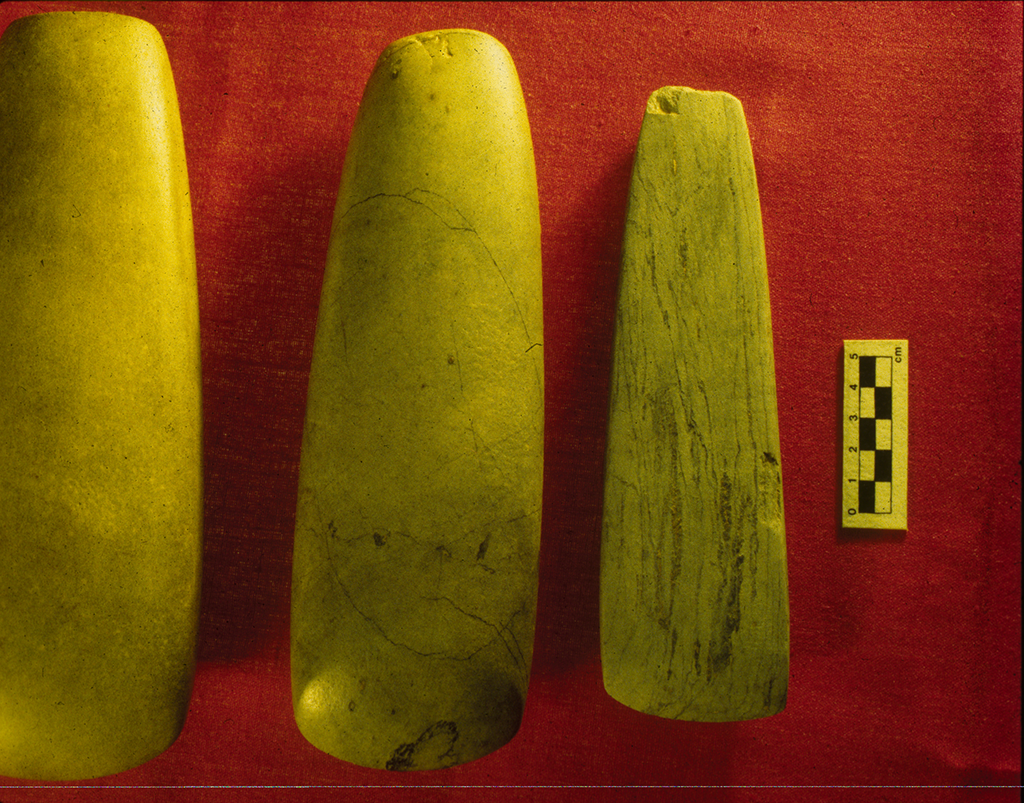 At the Corbin Tucker site, on an old river channel in the middle Apalachicola valley, we investigated a Fort Walton village and cemetery exposed by pine tree planting. The ceramics included a owl effigy from the top of a pot, check-stamped sherds, and corners from six-sided bowls. A pit feature filled with freshwater bivalve shells and fish and raccoon bone was clearly from food garbage disposal. Artifacts associated with burials included copper disks, greenstone celts, and a large lightning whelk shell undoubtedly used as a cup for the black drink (yaupon holly tea, full of caffeine). This shell would have been brought some 90 river miles up from the Gulf. Radiocarbon dates from this site show the habitation from A.D. 900 onward, and the cemetery was still being used as late as about 1700, in what we can call protohistoric times (after the first historic [written] records, from the Spanish in Florida, but before we have anything written about this specific area). Another protohistoric Fort Walton occupation, the Thick Greenbriar site, in the upper Apalachicola valley, produced a few glass beads. Fort Walton material culture apparently represents the last original natives of this valley, who either died out by 1700 or merged with newcomers from other indian groups fleeing the effects of European colonization.

Another Fort Walton site we are working on is Yon Mound, which was first excavated by C. B. Moore in 1902 . This temple mound is on private land in the middle valley and has a substantial village around it. Radiocarbon dates show the height of its Fort Walton occupation was in about A.D. 1250. Another cultural component – deposits from a different group of people – on top the Fort Walton materials is from what is called Lamar culture. Originating in north Georgia, Lamar Complicated-Stamped pottery and other distinctive forms turn up later in just a few places along the Apalachicola. We now have a few radiocarbon dates showing Lamar probably dates to around 1700. In the Tallahassee region, where the Spanish had arrived and set up missions by the early seventeenth century, Lamar pottery is called Jefferson ware and was clearly made by the Apalachee Indians at the San Luis mission. We don’t know yet what native ethnic group is represented by Lamar in the Apalachicola valley. In 1704, the British and Creek Indians from Georgia invaded to destroy the Spanish missions in Florida. Lamar pottery may be from people fleeing this conflict on their way west to Alabama and Louisiana.

Read more about what happened in the valley after Europeans invaded in the Historic.